“The best and most emotionally direct album Umphrey’s McGee have ever made.”
-David Fricke

In the twenty-four years since eclectic improv-rock band Umphrey’s McGee formed, their sound has been an amalgamation of genres, moods, and tempos, effortlessly flowing from one feeling to the next throughout an album or concert—or sometimes within a singular song. But with time and repetition comes wisdom and maturity, both personally and musically, and in the case of the band’s new album Asking For A Friend, Umphrey’s McGee entered the recording studio with something to say and a wise, measured way to say it. The end result is an astoundingly cohesive fourteen-song album that feels like a fresh statement from a group of world-class musicians and friends reapproaching their craft with a new lens. But long-time fans will be happy to know that the Umphrey’s McGee they know and love is still very much present on Asking For A Friend, just more refined. More focused. 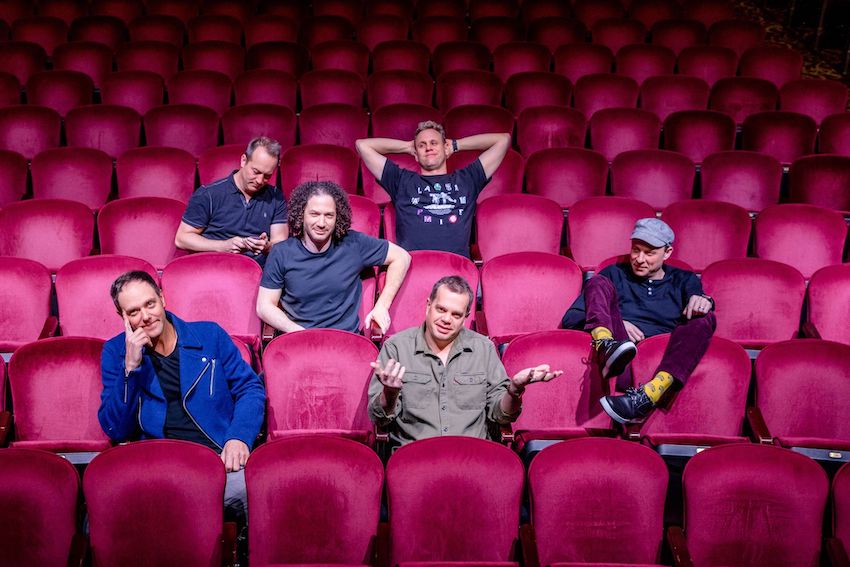 In conjunction with the release of Asking For A Friend, Umphrey’s have launched their first-ever NFT offering. The AFAF token grants access to download audio stems of the entire fourteen-song album. Fans can deep dive by accessing individual mixes of each instrument, isolating tracks, and playing along at will. Each stem-set includes a Garage Band file for easy import on any Apple device. To tie the collection together, each token is also a limited-edition piece of art, featuring a composite image built from fourteen individual lyrically based pieces. Hidden amongst the 2,022 NFTs are one-of-a-kind easter eggs. Randomly selected holders will win copies of the vinyl test pressing, handwritten lyrics, studio-used song charts, free UM concert tickets, and more, bringing a taste of the band’s legendary “Golden Ticket” giveaways onto the Ethereum blockchain. Token holders are also entitled to future benefit unlocks. For more information please visit AFAF.io.

Asking For A Friend is also accompanied by a behind-the-scenes podcast through Osiris Media entitled Talking Circles. With episodes leading up to the album release and stretching through the summer, Talking Circles will tell the story of the writing and recording of this set of brand new songs utilizing demos, live recordings, alternate takes, mix stems, and interviews with all six band members. Five episodes are currently live right here.

Mostly recorded in three distinct sessions at three different studios during the pandemic and never played live—their first album since 2009’s Mantis of which fans haven’t gotten a sneak peek of from stage—Asking For A Friend explores a feeling that UM guitarist and vocalist Brendan Bayliss describes as “tapping into the idea that we were all isolated yet somehow still connected and experiencing the same emotions.” That isolated feeling is perfectly captured in the album’s cover art: the lonely, surrounded-by-clouds peak of Chicago’s John Hancock Center (or 875 N Michigan Ave) photographed by “Chicago’s Picture Poet” himself, Barry Butler. 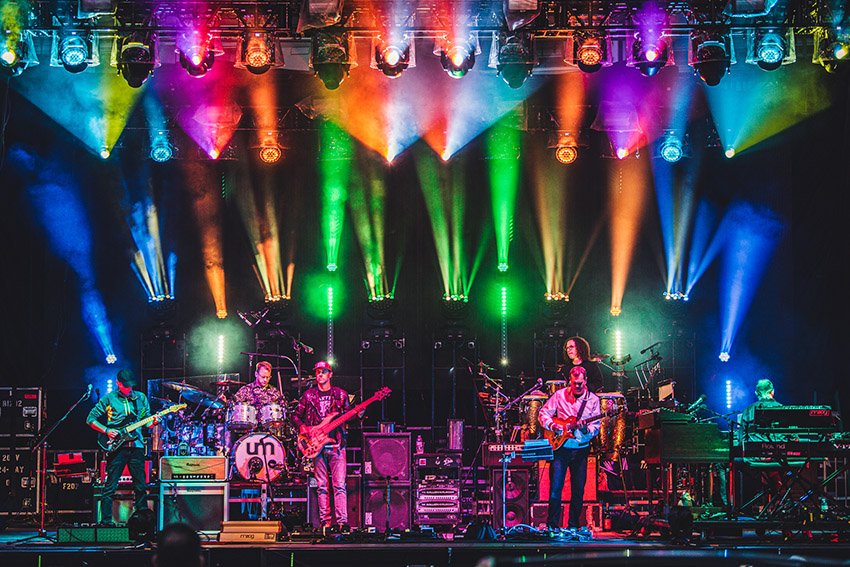 Asking For A Friend began to take shape in a pre-COVID world in September 2019 when the band met up with longtime UM engineer Greg Magers and producer Ryan Hewitt (Red Hot Chili Peppers, The Lumineers, The Avett Brothers) in Nashville for a session that would ultimately produce standalone UM single “Suxity” as well as the first few tracks of this new album. Session two found the band at guitarist Jake Cinninger’s home studio in Niles, Michigan, deep in the throes of the first few months of the global pandemic. Working on new music by day and performing via live stream at night proved to be highly successful and entertaining for the band who’d just been sidelined a mere three months before. The final full-band session for Asking For A Friend took place at ECTO productions in Chicago, a.k.a. the band’s production warehouse. Relying on the record during the day/perform at night mentality once more, UM completed full-band, live tracking for the record before putting finishing touches on from their home studios. “It was a real welcome change to be able to sing the vocals in my pajamas,” says Bayliss.

Pulling the ripcord and taking an enforced break after twenty years of touring resulted in not only a complex emotional reaction from members of Umphrey’s McGee. “Those first three months felt like an eternity,” keyboardist Joel Cummins says. But “there was a huge excitement and motivation when we got back together again. More than ever, we realized how much we needed each other and this music. But their reunion also refined a newfound approach to letting their new music flow freely; not over-thinking it. “This album reflects how our songwriting has really come a long way since the days of putting ‘legos’ together, a term given to explain our past process of assembling the greater sum of the parts in eclectic fashion,” says drummer Kris Myers. “Instead, we were able to naturally connect with these songs with our hearts, and a little less from our heads through simple, serene songs.” The end result is an astoundingly cohesive fourteen-song album that feels like a fresh statement from a group of world-class musicians and friends reapproaching their craft with a new lens, but long-time fans will be happy to know that the Umphrey’s McGee they know and love is still very much present on Asking For A Friend, just more refined. More focused.