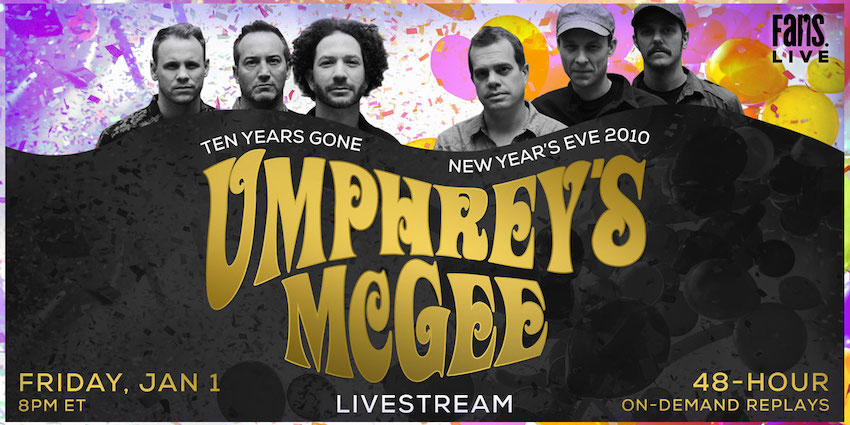 On December 31st, 2010, UM celebrated the last of a decade’s worth of New Year’s shows in sweet home Chicago. A streak that started on December 31st, 2000 at the Cubby Bear would come to a close that raucous evening at the Riviera Theatre. Cameras were rolling, and while the intent was to release the show in 2011, the inertia of touring continued and the tapes descended into the archives.

Until now! We are pleased to share that the wait is over. We have dusted off the master recordings and will be premiering Ten Years Gone: New Year’s Eve 2010 on Friday, January 1st, 2021. The three-set marathon clocks in at over four hours and features a slew of debuts including “Deeper” along with a handful of covers. Special guests are sprinkled throughout the evening as we were joined by the always dapper Mad Dog’s Filthy Little Secret Horns and Jeff Coffin (Dave Matthews Band) on saxophone, as well as Cody Dickinson (North Mississippi Allstars) on washboard.

The show will premiere at 8:00 pm ET on Friday, 1/1/21 through FANS.live. While the show will remain on-demand for 48 hours, we encourage everyone to tune in live so we can experience it together. It is safe to say that we don’t quite recall every detail from 10 years ago, either.

Snag your ticket through https://fans.live/umphreysmcgee.