Announcing The Realist’s Guide to a Successful Music Career, a book by Joel Cummins & Matt DeCoursey coming summer of 2019. 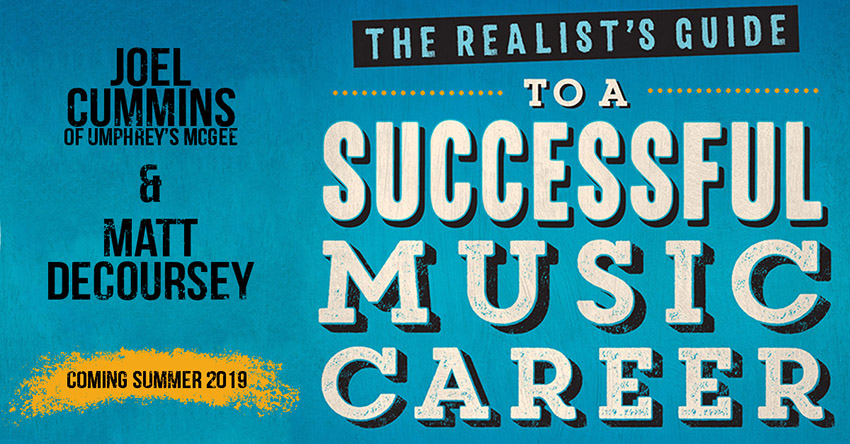 During the Summer of 2017 I realized that, along with the rapidly approaching 20th anniversary of Umphrey’s McGee, it was also my own 20th year of working in the music industry. With that came a flood of memories about that journey. I couldn’t help but think about how much easier our path could have been if someone had just told me a few things along the way that seem pretty obvious now. So I decided to work with my friend and now co-author Matt DeCoursey to create The Realist’s Guide to a Successful Music Career. Loaded with practical and useful tips for musicians at all stages of their careers, the book includes not only my own input and advice, but also that of many well-known industry performers, promoters and entrepreneurs who we will soon announce as well. My hope is that what we have created can do exactly as the title says and act as a guide for others to follow their dreams.