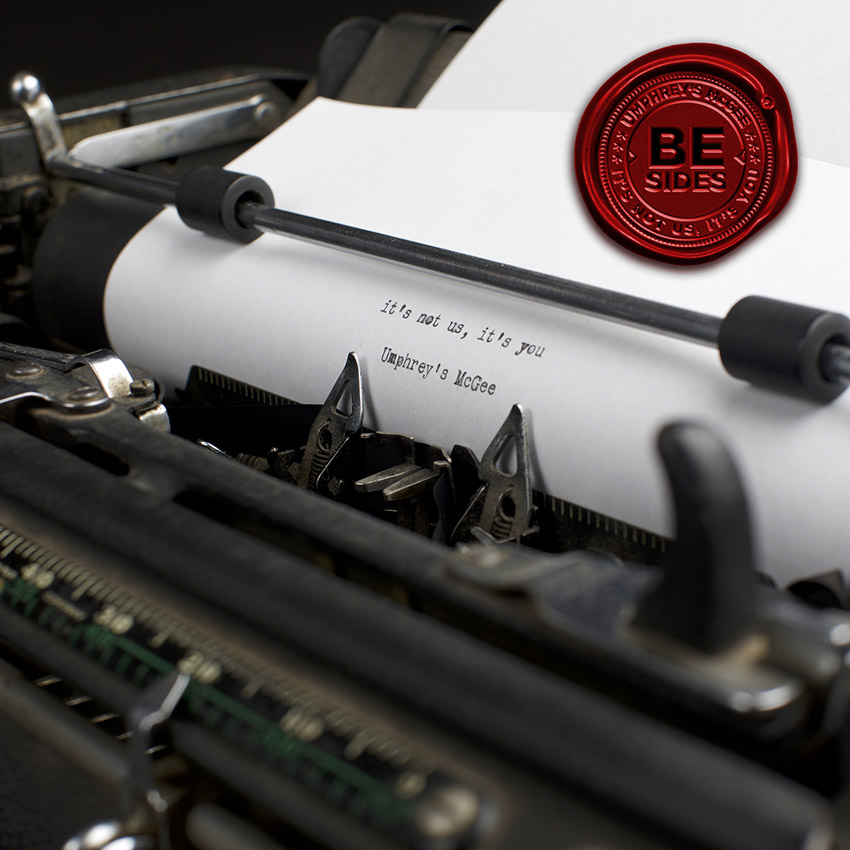 As fall slowly turns to winter, we reflect on all that has unfolded in our 20th year. With the drop of it’s not us to begin 2018, followed by it’s not them (the remix EP), and the surprise release of it’s you mid year, one could reasonably discern the narrative is complete. That said, it seemed only appropriate to us that we would deliver one final chapter in the it’s not us, it’s you story to tie 2018 up with a tidy bow.

Today, we present the BeSides album, a sprawling collection of live renditions, bonus tracks, original demos, alternate arrangements, and evolutionary versions. Listen to the early iterations that came before the records and see how they’ve evolved on stage over time. It’s a variable Swiss Army knife for the UM fan.

BeSides is available now to stream or download on the digital service of your choice. 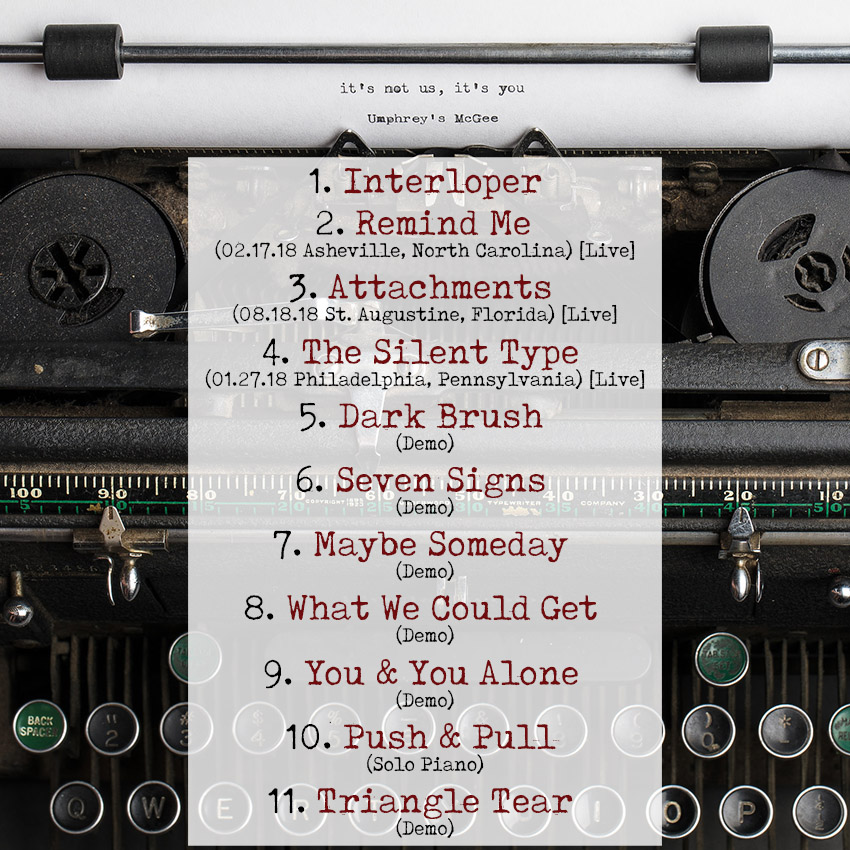 BeSides begins with the Stasik, Cinninger, & Cummins penned rendition of of “Interloper,” born from a late night in the studio with Ryan handling piano duties, Jake manning drums and Joel adding Rhodes and synth. Jake later layered the guitar melodies and the immersive nature ambience that surrounds his studio in rural Michigan. Interloper was originally pressed to 7″ vinyl as part of the it’s not us Deluxe Edition, and this marks its digital debut.

BeSides then turns the page and launches into three exploratory live versions from the year’s pair of releases. “Remind Me,” “Attachments,” and “The Silent Type” all begin as their studio counterparts but don’t land anywhere close to their original launching pad. These three tracks check the boxes on a smattering of genres before reentry.

It’s a turn to metal as Jake’s original demo of “Dark Brush” comes leaping out of your headphones. While the form closely resembles the it’s not us finished product, Jake’s production quality makes calling it a ‘demo’ feel slightly misleading. The debut of “Seven Signs” follows, serving as a prime example of how the songwriting building blocks are continually moving around in the UM songwriting process. Note the left turn at 2:45 revealing the familiar melody that appears later in the “Maybe Someday” demo that follows. “Seven Signs” also contains a section that ultimately didn’t make the cut; an aggressive octave guitar riff from the song “FDR” originally from the Local Band Does OKlahoma live album. On the demo, that riff alternates with the current outro riff under Jake’s final guitar solo.

Jake’s studio engineering prowess rears its head on the near carbon copy of “What We Could Get” follows. The layers then get stripped away for Brendan’s original demo of “You & You Alone” from 2011. Featuring only acoustic guitar and his voice, the essence of this song is laid bare, standing in plain sight. “Push & Pull” gets a similar minimalist treatment on piano, recorded live in a single take at I.V. Lab Studios.

The BeSides record closes out with a version of “Triangle Tear” that is equal parts demo and bonus track. “Triangle Tear” was originally a much more sprawling instrumental piece. Jake and Joel wrote and recorded the first seven minutes of the track together at Boondock in 2014. After Joel left, Jake continued with the final 4:30 minute solo guitar section taking it in a completely different direction.

“What We Could Get”
October 2014
Cinninger on all instruments
Boondock Studio
Niles, Michigan
Written by Cinninger