🕶 Your Definitive Guide to UM at Summer Camp 🕶 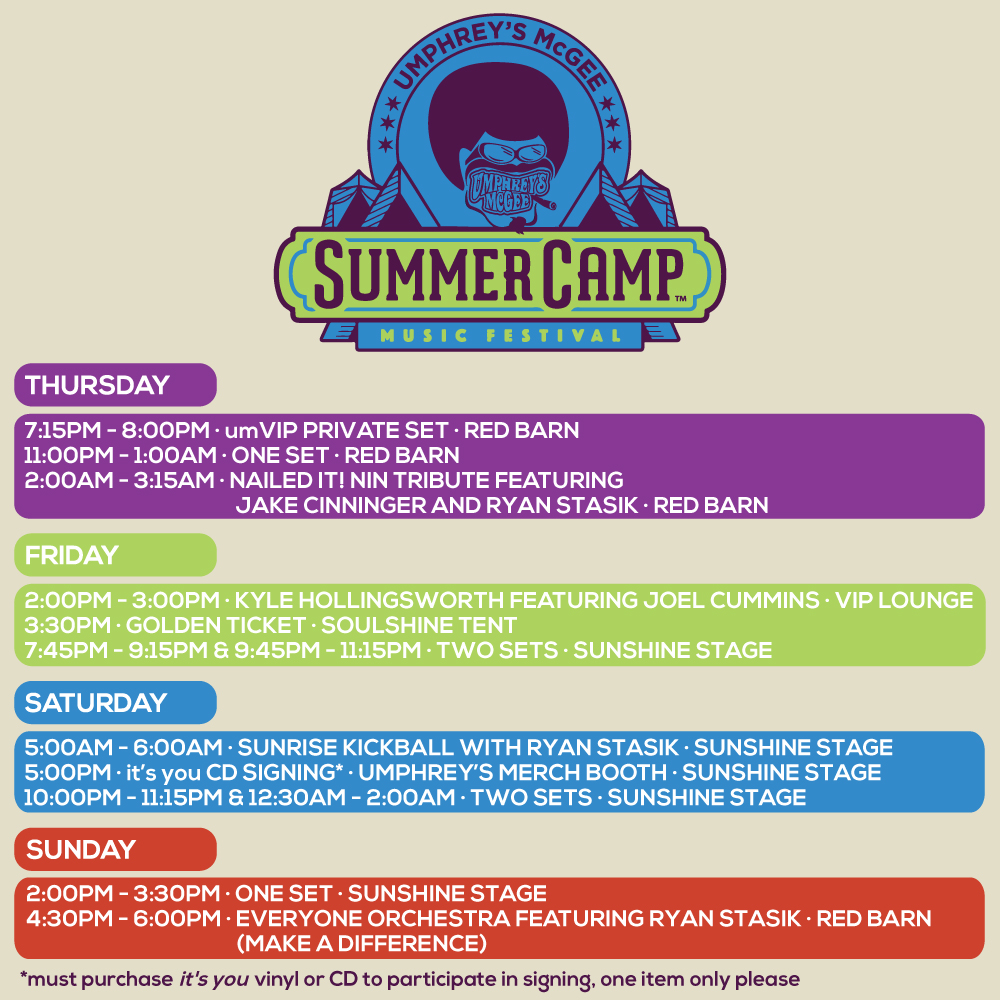 Summer Camp Music Festival is upon us!
Join us this weekend at Three Sister’s Park in Chillicothe, Illinois for the 17th annual Summer Camp. A must-attend event for every Umphrey’s McGee fan, Summer Camp 2018 is your chance to see up to seven Umphrey’s sets in four days plus side projects, sit-ins, and one of a kind special UM events like the Golden Ticket.
What is the Golden Ticket, you say? Why, it’s your chance to win FREE Umphrey’s Tickets for a year plus a slew of other awesome prizes, all hidden inside of mystery bags of merch. At a minimum, you’ll take home more merch than you’ve paid for. Check out the full details here and this year’s prizes below. 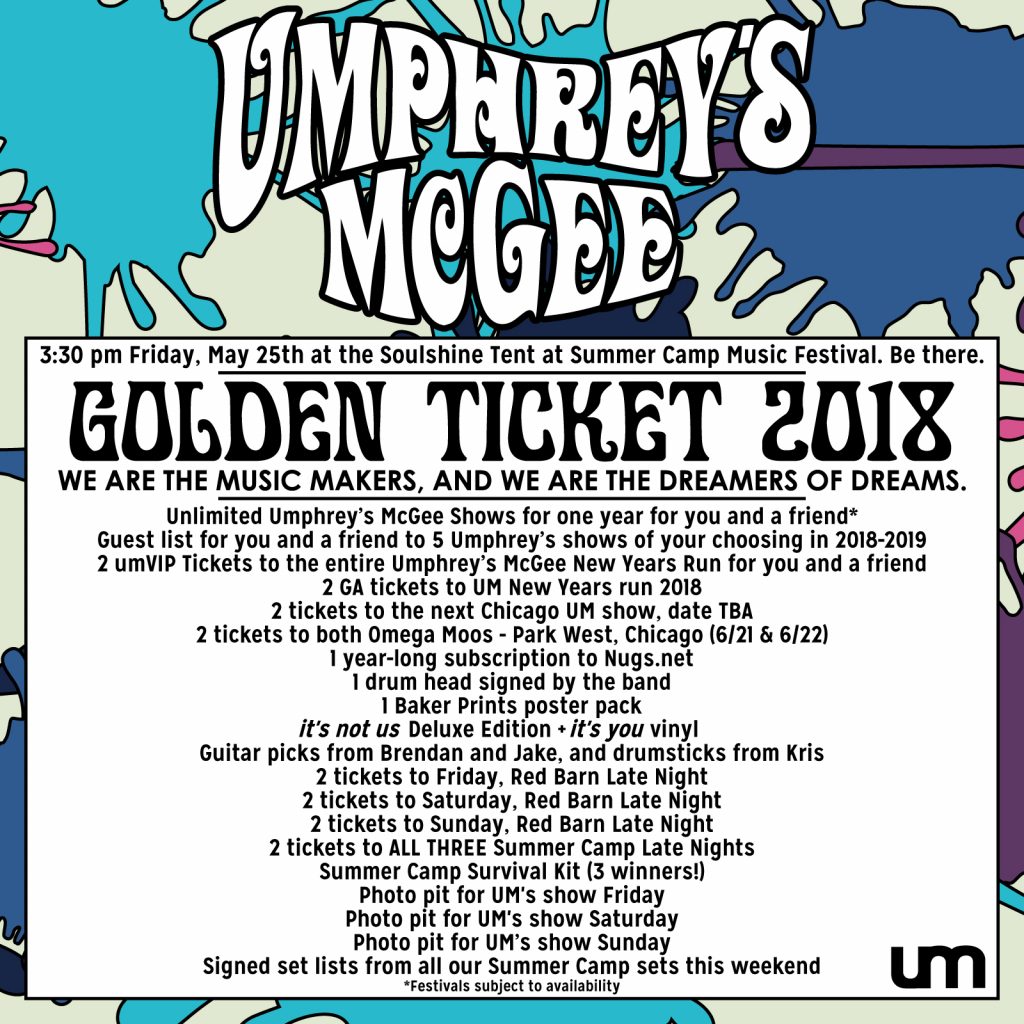 This year, Summer Camp will serve as the official album release party for our new, new album, it’s you, released just last week in true UM musical ambush style. That’s right, we’ll be partying ALL weekend in celebration of (it’s) YOU. Join us on Saturday at 5:00- 5:45 PM at the UM Merch Tent (near the Sunshine Stage) to pick up a Limited Summer Camp Edition of the it’s you CD (only 1000 made). The band will be on hand signing Vinyl/CDs and kissing babies. Come say hello. 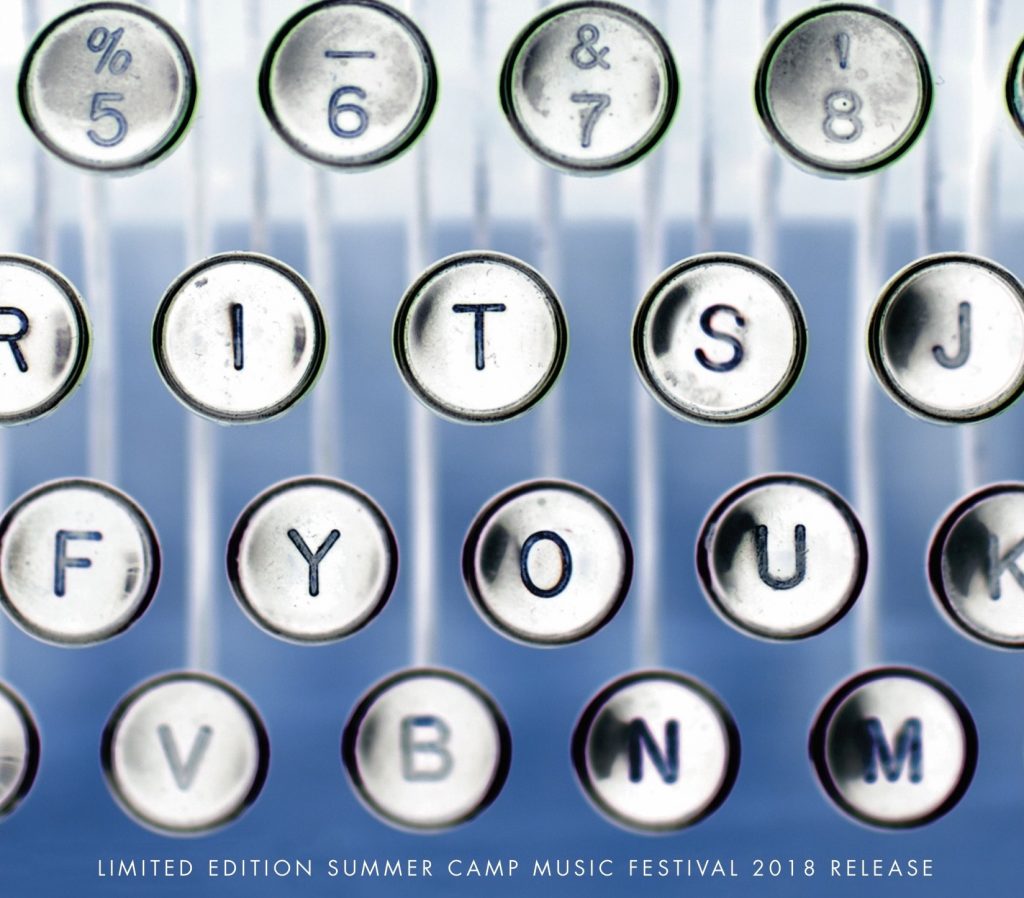 umVIP tickets are still available, which include a private set (with beer!) in the Red Barn on Thursday evening, and a ticket to the SOLD OUT Umphrey’s late-night on Thursday night. You also get early entry to the late night for front-row access, priority access to the Golden Ticket Merch Event, a signed limited edition Umphrey’s McGee Summer Camp poster, sweet merch, umLIVE downloads for all of UM’s weekend shows, and a commemorative laminate. Do it!

Awe, snap! Nothing Too Fancy Pale Ale will be available all weekend long at both the Sunshine and Soulshine bars. Session IPAs to keep you going all night long FTW. 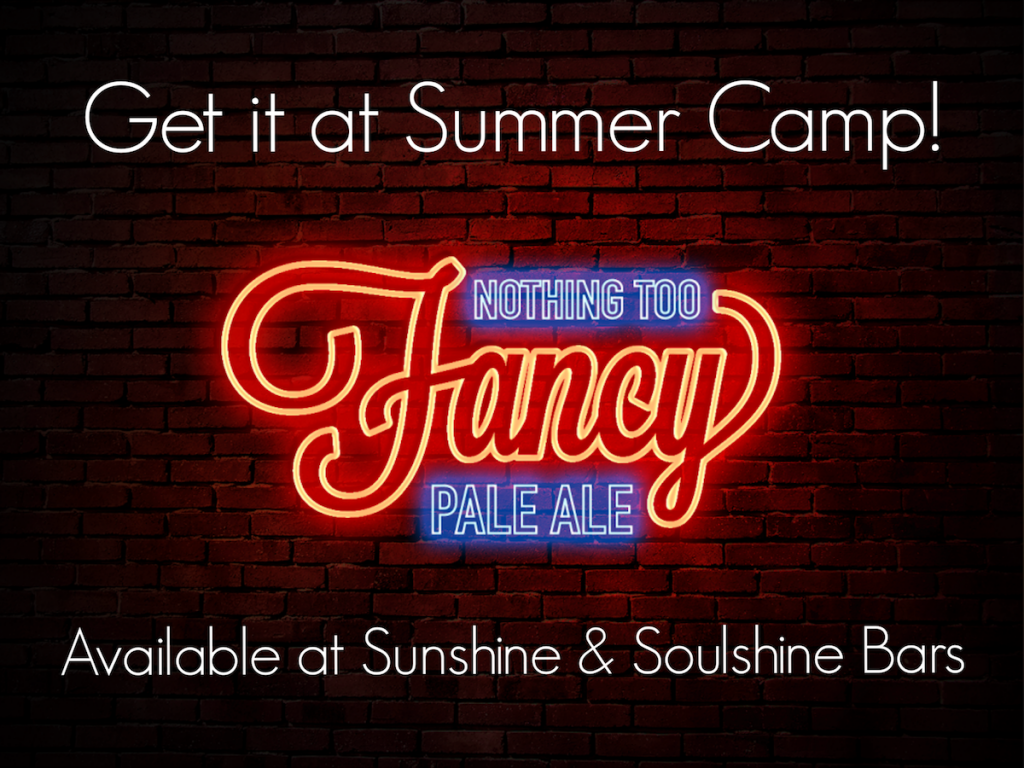 We’ll continue our 20th Anniversary celebration in the vein of it’s you, by bringing back the old school Afroman logo to ride again. Requested (and petitioned!) by the fans, we’re pleased to bring you 20th Anniversary Afroman Edition tees, drink ware, hoodies, youth apparel and surprises yet to be revealed. The line is also available now in our online store. 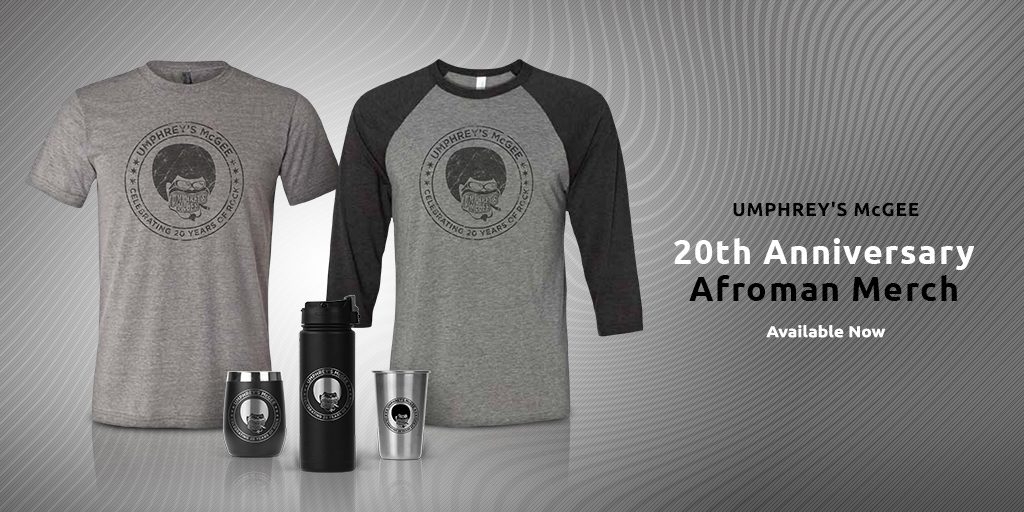