A Major That Rages

Golf and music fans reunite this summer in St. Louis as FWBpro and The Pageant present the return of Umphrey’s McGee, as part of the expansion of the Major Rager concert program. Umphrey’s McGee will headline the Chesterfield Amphitheater on August 10, 2018 with support from Spafford.

As with previous iterations of this unique event, the Major Rager will give fans attending the PGA Tournament at Bellerive Country Club a nighttime party like none other. The Major Rager began in 2014 as the premier music event held during one of the most prestigious sporting events in the world, The Masters Tournament, in Augusta, Georgia. In 2017, The Major Rager expanded to Charlotte, North Carolina, where Umphrey’s McGee rocked the Charlotte Symphony Park. The Major Rager will extend its reach this year to St. Louis along with The Hamptons, New York for the US Open, where brothers-in-arms Moon Taxi will perform an intimate show June 14th at The Stephen Talkhouse.

Tickets for the St. Louis Major Rager with Umphrey’s McGee go on sale this Friday, April 27, at 12:00 pm ET. As always, the Major Rager supports local charities and a portion of the proceeds will assist Music for Lifelong Achievements in their efforts to bring music education and instruments to the lives of disadvantaged young people of St. Louis.

We are also pleased to announce that two days later, the band will be heading south to Avondale Brewing Company in Birmingham, Alabama with support from Spafford to round out August tour. A ticket pre-sale through Umphrey’s Ticketing will occur Wednesday, April 25 at 10:00 am ET, with a public on sale Friday, April 27th at 10:00 am ET. 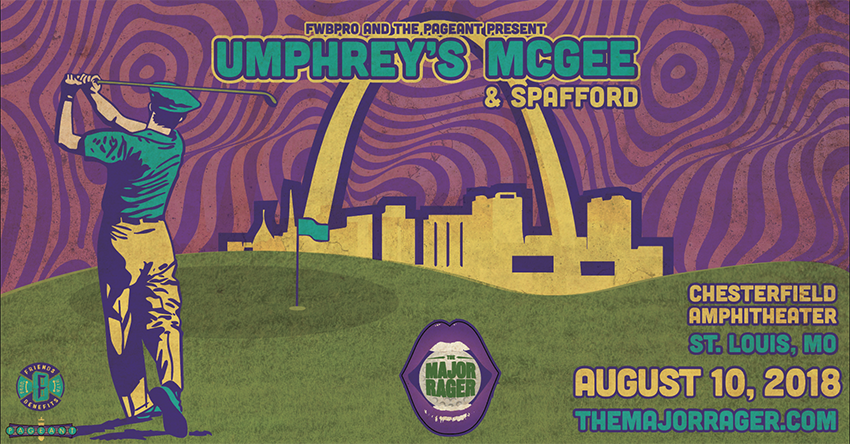