We are down to the top 46 selections from 2017. Round Two voting is currently underway, so let us have it.

Back in its seventh season, the Umphrey’s Hall of Fame Album is reporting to Spring Training.

For those who are a little rusty this off season, the Hall of Fame album is a fan voted Umphrey’s McGee “show” composed entirely of heavy hitters: a show culled from your favorite jams of 2017, seamlessly stitched together into a single, segue-laden record. We want to know what hit it out of the park for you last year. Weigh in on your favorite versions of your favorite songs from 2017 and let us know what should make it to Cooperstown. 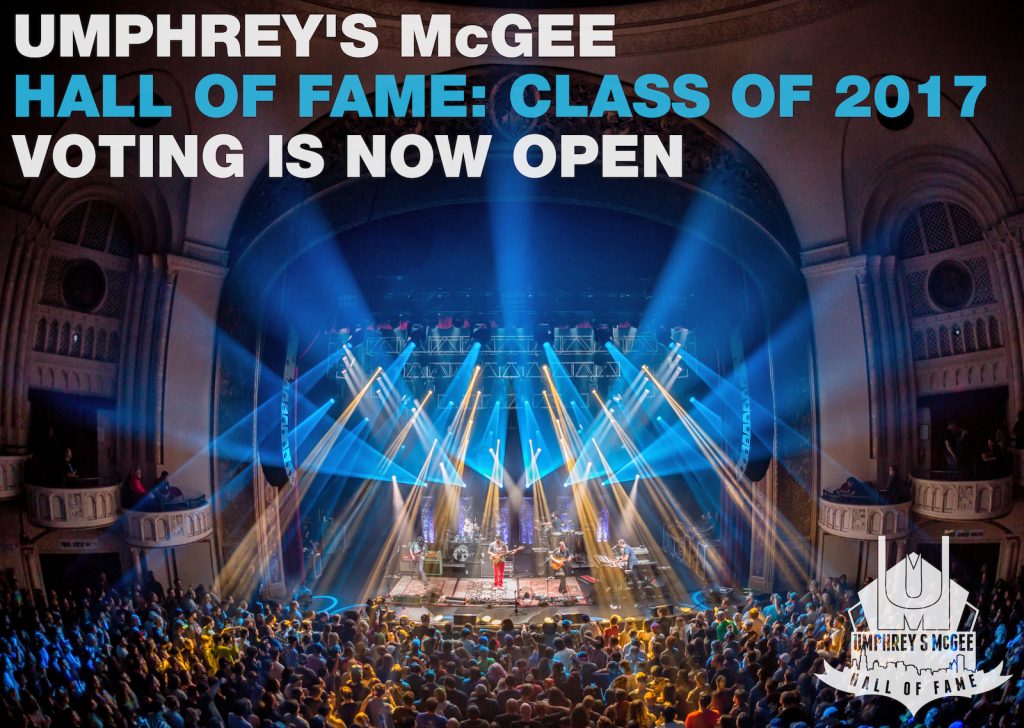 Think back to the best piece of improv from last year, the moments that defined your year with UM. Help us help you.

To ensure some of the lesser known shows are represented, there will be two rounds of voting (we can’t neglect those budding AAA prospects putting in their time out of the spotlight). Following the initial round of voting, we’ll present a second ballot with a narrower range of options. We’ll take the final results and then turn the favorites into a two set “show” for your auditory enjoyment.

Round one voting ends Wednesday, March 7th. Check out last year’s Hall of Fame classes below.