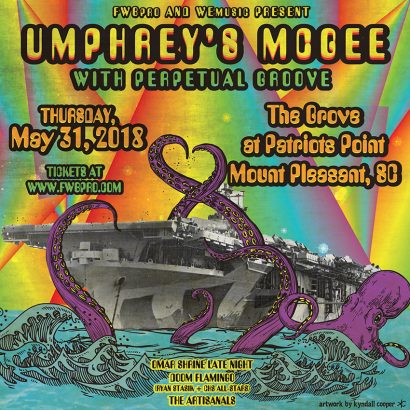 Umphrey’s McGee will return to Charleston, South Carolina this spring with special guests Perpetual Groove for a one-night outdoor event at The Grove at Patriots Point. Join us on Thursday, May 31st for one of the final shows at this historic and beautiful venue in a world class city. The Grove at Patriots Point is nestled in a clearing surrounded by trees near the Yorktown Aircraft Carrier in Charleston Harbor. Following the main event, Charlestonian … 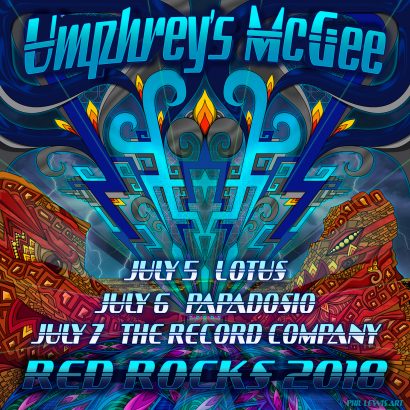 Umphrey’s McGee is pleased to announce that Lotus will be joining us as support on our July 5th, 2018 Red Rocks show. The instrumental five-piece will kick off the three-night run with their unique musical voice that saddles rock and electronica. Discounted three-day tickets are still available, but not for long. Pick up your tickets through through axs.com today, and dance your way into our Red Rocks extravaganza with the infectious energy that is Lotus! … 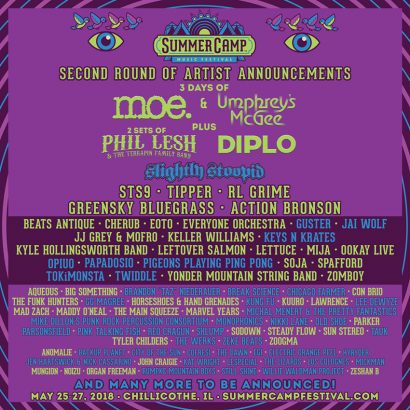 The Second Round of Summer Camp 2018 artists is here! Who are you most excited to see? Buy your tix at the lowest price available now at SummerCampFestival.com! FacebookTwitterTumblr 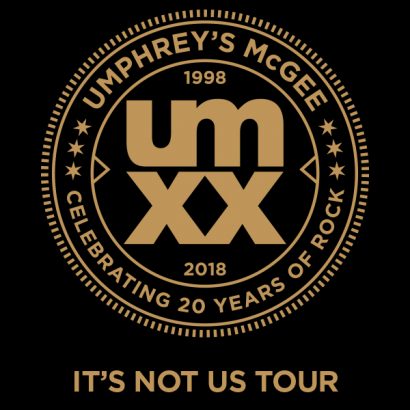 Due to popular demand, the Umphrey’s McGee concert scheduled for March 10th at the Complex has been moved to The Depot and is now a 21-and-over event. Tickets purchased for the Complex will be honored at The Depot, and refunds are available at the point of purchase for patrons under 21 years of age. Tickets are available at smithstix.com. ___ November 14, 2017 The it’s not us tour continues, as Umphrey’s McGee returns to the … 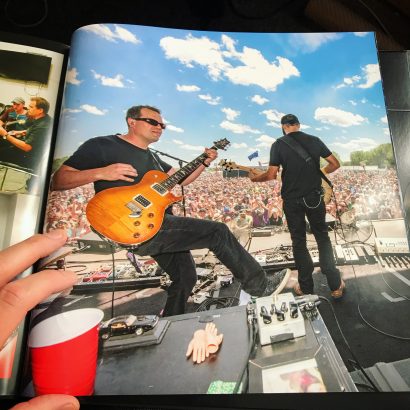 With the it’s not us Deluxe Edition now out in the wild, we wanted to share details about some of the captured moments featured in the book, in the words of the photographers that snapped them. A huge thanks to everyone who participated and helped maked “Time Lets G0” the book that it is. Check back as we’ll be updating this post with new photos and commentary.  “This image was made at Summer Camp Music … 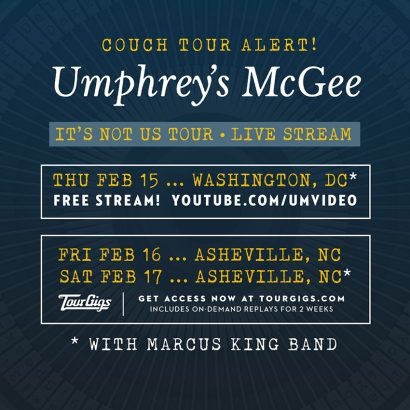 Couch tour returns this weekend with a free live stream on February 15th, coming to you from the Anthem in Washington D.C. Tune in to the Umphrey’s McGee YouTube Channel at 7:30 pm ET as The Marcus King Band kicks off the evening with their soul-influenced psychedelic southern rock. At 8:45 pm ET, Umphrey’s McGee will take the stage for a signature two-set rock show. Did we mention this stream was free? Spread the word! … 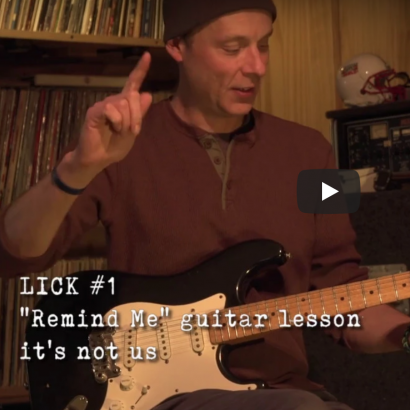 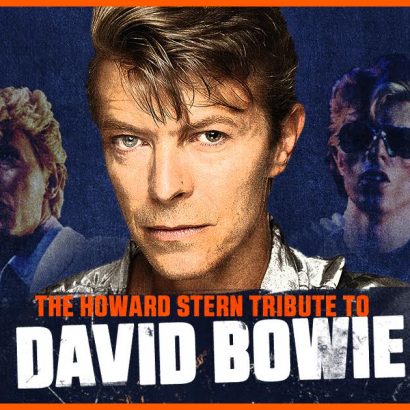 Umphrey’s is pleased to announce our inclusion on Howard Stern’s Tribute to David Bowie. Packed with a diverse group of talented artists, the tribute features 25 tracks including Peter Frampton, Todd Rundgren, Lisa Loeb, and many more. Our version of “Let’s Dance” features Huey Lewis on vocals and Jeff Coffin on horns. Tune in this Friday on #Howard101 at 10:00 pm ET for the Howard Stern Tribute hosted by Tony Visconti. More details on tracks and artists can be … 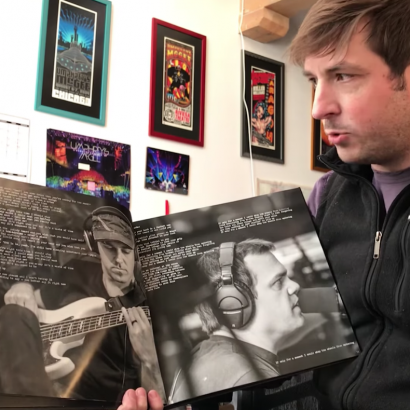 it’s not us Deluxe Edition Unboxing

Join Kevin Browning as he opens the #itsnotus Deluxe Edition for the very time. Includes two 180-gram LPs, a CD, download code, 72-page Color Book with a foreword by Brendan Bayliss and afterward by Ryan Stasik, 7″ Colored EP, and more. Snag yours. FacebookTwitterTumblr