Evolution of The Silent Type

Fans of Umphrey’s know that attending a show comes with the distinct possibility that you may hear the birth of a song. Maybe you’ll recognize a familiar riff that you’ve heard before but isn’t yet a song of its own. Or perhaps you’ll hear that familiar melody repeated in a different genre with vocals improvised on top. These instances are rarely planned, and though the best ones can be elusive, they are some of the most fun and rewarding moments for me as a music fan.

This method of wood shedding is classic UM. An idea is born, germinates, gets stretched in every direction until it finds a home. “The Silent Type,” the first track off it’s not us, came to be through this exercise. After finishing the album version, it prompted me to go back and re-listen to all the instances that contained some iteration of the song (formerly known simply as the “Cig Stew”). The instrumental variations and melodic similarities led to me put together this montage, to highlight the journey this song has been on before landing at “The Silent Type” (thanks to Brian Walsh for the assist).

This edit features a select handful of versions, and for those that need more (we know who you are), we have put together an album with every song where the “Cig Stew” has ever surfaced. You can download or stream that now exclusively on umlive.net.

To try and shed a little more light on the writing process, I lobbed a few questions at Brendan who was kind enough to answer them. (Note: Brendan is always happy to do the work but only if you give him a deadline, so everything now includes a deadline.)

KB: It’s safe to assume that most people will be immediately consumed by the incredible drum sound on your demo. To ensure the rest of the track doesn’t get overshadowed by those Bonham-esque tones, can you explain how you approached the demo as whole? What’s going on when sit down to work on the track, paint that picture.

BB: I definitely spend the most time trying to dial up the drum loop and make it sound amazing. Once that’s established, it’s really all about trying to capture an idea that’s been running through my brain on repeat. At the same time, there are songs that come when you sit down and start playing to a drum loop, ideas that surface out of nowhere when you happen to be looking for them. Each song is different. But for this, it was find the BPM and make a click track, grab the bass and see what happens.

KB: Many of the lyrics have evolved since its first inception, but a few lines stuck from the very beginning. Was there a particular inspiration for the lines (or overall theme) that have followed you around?

BB: The melody for this came really quickly. Sometimes, after making a drum loop, a bass line, guitar chords…the basic skeleton is there. I often hit destructive record and improvise to the track. I’ll listen back and see if there’s a good melodic part I should keep, or a cool lyrical phrase worth building off of. The first verse was the first try so the rest was based off of that.

KB: Vocal portions of this have been improvised in some way, shape or form repeatedly for almost seven years. The idea of the ‘lyrical stew’ is a fan favorite, and while improvising instrumental riffs feels fairly commonplace, the idea of winging vocals in front of 2500 people certainly feels anything but. I’ve always found it remarkable that improvising lyrics doesn’t end in more train wrecks. How do you not blow that?

BB: Winging vocals on the fly on stage is a risky thing. Usually there has to be a little alcohol involved, or one of the guys will look at me and say “go for it.” Unfortunately, for every good one, there are 4-5 bad ones. I’ve definitely blown it several times. In this case, there was a good melody and easy rhyme scheme in place so it was easier.  It’s like free style rapping, but you’re singing . . . so melody is important.

KB: This montage is case in point that the overall feel of “The Silent Type” has meandered in and out of musical styles since the beginning. It’s wandered into territory ranging from reggae to dance to driving rock, and even some swampy blues mixed in. How was the final resting place of the studio version determined?

BB: I did a demo of the original idea sped up and sung a 4th up, and it gave the song new life. We referred to a few versions from over the years in the studio, and this was the one everyone agreed on. It was more rocking and to the point. Most cigarettes don’t last that long anyway.

KB: Safe to assume this will serve as an improvisational launching pad from here on?

BB: I’m sure Joel will want to put a jam in there after we play it twice live. 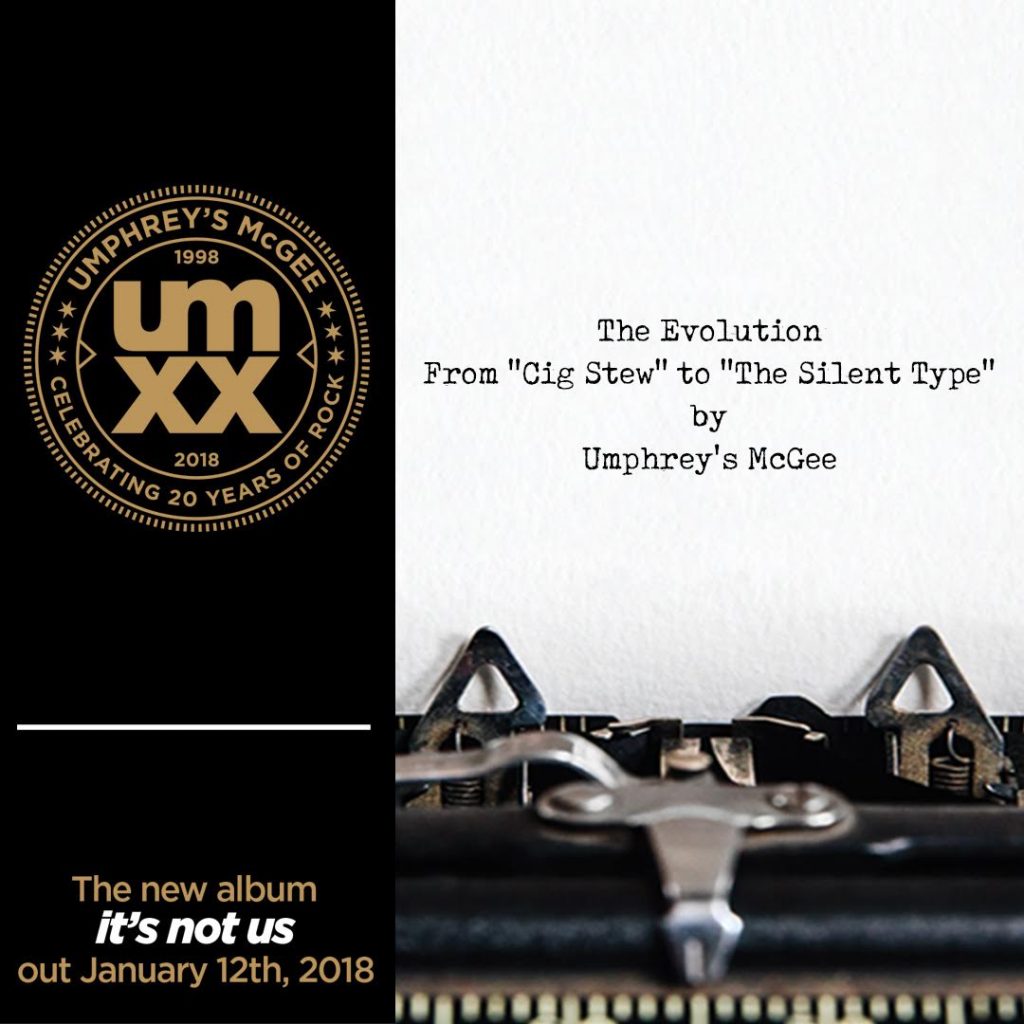